The terrible experience of the Snedeker family 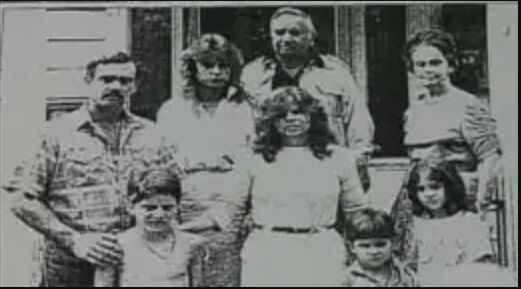 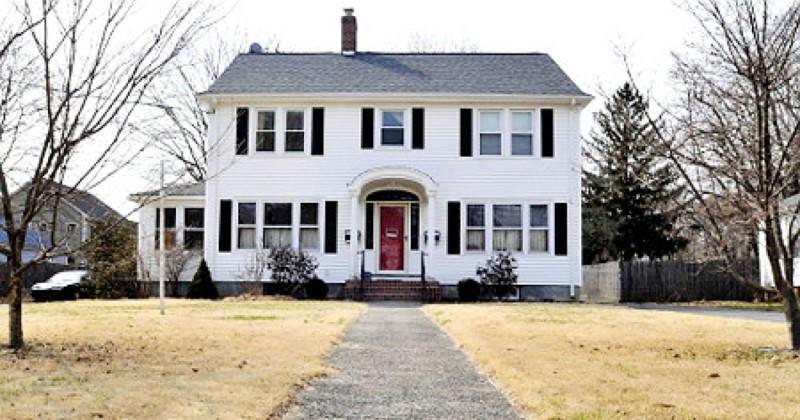 Thousands of homes all over the world fall under the heading “haunted houses”, within which paranormal or unexplained phenomena would occur. Normally haunted houses become so following terrible accidents that have seen them protagonists as violent deaths, the presence of cemeteries nearby, torture or imprisonment of people inside them.
Within this case, I make a further subdivision: there are haunted houses whose entities appear immediately after the evil event and that from then on it is as if the house acted as a “container” for damned souls; instead there are houses where the entities “awaken” or are activated only as a result of the presence of one or more occupants of the house or following a further event that opens a passage for the afterlife dimension.
Here, this second category is perhaps the most frequent and the case I’m about to tell you about falls clearly into it.

It all started in 1986 when the Snedeker family decided to move to 208 Meriden Avenue in Southington, Connecticut. It was a rather large family: the Snedeker couple had 3 boys aged 13, 11 and 3 years old, a married and divorced daughter and two grandchildren. The decision to move was in a sense forced by the fact that the 13-year-old son Philip unfortunately suffered from an immune system cancer known as “Hodgkin’s lymphoma” and it was necessary that he was the closest to the UCONN Hospital that had him under treatment; for this reason the Snedeker family rented the house called “Hallahan Home” about 5 km from the hospital.
Spouses Snedeker, Alan and Carmen, were very satisfied with the fact that the rent was very low and that the house was spacious and well-kept, perfect for the needs of the family. From the first days of their installation, however, they came to discover that the building twenty years earlier served as a mortuary, or a series of rooms where the corpses were placed and prepared for the funeral.
In the basement, the Snedekers found crates, remains of coffins, tools and many post-mortem photos of the deceased housed in the structure, but in general the house was in excellent condition few precautions were needed to make it hospitable.
For obvious reasons Philip was placed in a large room on the ground floor together with his younger brother Bradley, while the rest of the family settled in the rooms on the upper floor. The first paranormal phenomena began a few days after their arrival and the first to notice that something was wrong with that house was Philip.
The boy began to speak of freezing gusts in the room, albeit with closed windows, of human shadows that slid along the walls at night and day, of guttural noises and sounds coming from the corners of the house; in particular, he used to speak of a noise similar to that of a pigeon house and an intense flapping of wings.

The first thing the parents thought was that Philip suffered from hallucinations because of the medicines he was taking: it was a very aggressive therapy and the child was often emptied of his strength to the point that he found it difficult to get out of bed. For several weeks they paid no attention to what the boy said, although everyone from time to time reported the disappearance or breakdown of personal items, nights full of nightmares and the feeling of being spied on by someone in the house.
Philip accused the coup of not being taken seriously and gradually became more and more introverted and silent, only to result in sudden panic attacks or unmotivated violence. But even then everyone thought it was all due to his condition and the medicines he was taking. The situation began to worry the Snedekers when the boy began to browse and take an interest in some esoteric books that his father kept in his library and to write poems in verse with themes related to suffering and death.
The concern culminated when Philip showed up one day in his neighbors’ house in confusion and saying he was looking for a gun to be able to shoot his father. From that day on, the house became the scene of increasingly strange and violent events and all the occupants began to suspect that they were not alone in it.
Philip’s mother, Carmen, a few days later saw a copious loss from the kitchen pipes: the color of the patch was red as blood and invaded the whole kitchen and living room; blame was placed on the old pipes, which were quickly replaced. In the days that followed, the woman was literally attacked and thrown to the ground several times by an invisible force and many of the objects in her vicinity fell without reason, breaking on the ground.

For several nights, her granddaughter ran away from her bedroom screaming and saying that a hand wanted to grab her while she was in bed. He also said he heard strange noises coming from the closet and seeing his puppets staring at her from above the shelves.
For more than a year and a half, the family was harassed by small and large paranormal events, but it was almost always Carmen who suffered several injuries, scratches, bruises and thrusts by an invisible force. A bizarre coincidence the woman noticed was that many of the times she was attacked were when she had filmed or scolded Philip during the day. Then she too began to see a black shadow in the house and soon realized that she seemed to follow her into the rooms. Sometimes it was more consistent and seemed almost tangible and with well-defined features:
«He was very thin, had a square and angular face, little hair and eyes black as pitch. He wore small round glasses and his smile was very wide and disturbing »
The Alan was out of the house for work and continually belittled any paranormal event reported by Carmen, Philip and the rest of the family, so the woman confided in the parish priest, who unfortunately, however, showed interest in the matter.
When Alan Snedeker was also the protagonist of paintings that fell on their own, disturbing laughter in the corridors and a threatening shadow along the walls, he decided to contact Ed and Lorraine Warren, the famous experts of the paranormal.
The Warren moved into the house for a few days and did some research on the house: it was discovered that the previous owners had been guilty of hideous crimes such as necrophilia, satanic rites and spirit sessions; according to the researchers of the paranormal, to infest were not ghosts but demonic entities that had found a gap in the suffering Philip to be able to access our plan of existence.

After numerous unsuccessful attempts to involve the parish priest for an exorcism of the house, the Snedekers aimed to show themselves on TV and expose their case so that the Church could no longer withdraw. They were hosted by John Zaffis, a well-known TV presenter, and with the help of the Warren they got the attention they aimed for: the exorcism took place on September 6, 1988.
According to them, the purification was successful, but it only lasted a few weeks and then the paranormal phenomena returned to be felt and seen in the house. The Snedeker family, stressed by that situation, eventually moved and since then almost nothing has been known except that Philip died in January 2012 at the age of 38.
Since then several tenants have followed one another in the Hallahan Home, but none of them seem to have ever had problems of any kind with the house.
As I wrote before, this story inspired at least two books and a film, which obviously added detail and distorted the real Snedeker story. What is certain is that the case is still seen today as one of the worst demonic infestations in the United States.