Some skeptics, perhaps all of them, today consider the story of the kidnapping of Antonio Villas Boas little more than a hoax, although Antonio, according to reports, has however lived up to his testimony throughout his life.

The unusual case of Antonio Villas Boas, now famous, began in the first week of October 1957. Antonio and his brother Joao saw a luminous ray of light coming from the sky as they looked out of their bedroom window. It looked like it could cover the whole house, however, they couldn’t control what the source was.

On October 14, around 10 pm, 23-year-old farmer Antonio and his brother were plowing their own field near São Francisco de Sales, Brazil. Given the high temperatures of Brazil, it is common for landowners to work at night and hire workers during the daytime. Suddenly they saw a ball of red light in the sky, too bright to be observed directly, suspended about 90 meters above their field. Intrigued Antonio asked his brother to accompany him to investigate, but Joao refused to follow him and went there alone.

As he tried to approach the strange source of light, it moved away at great speed, Antonio tried to run behind her across the field to try to grab it, but he gave up after being on the point of catching it several times and returned to his brother. They observed the object while it was stationed on the spot, emitting intermittent beams of light in all directions. 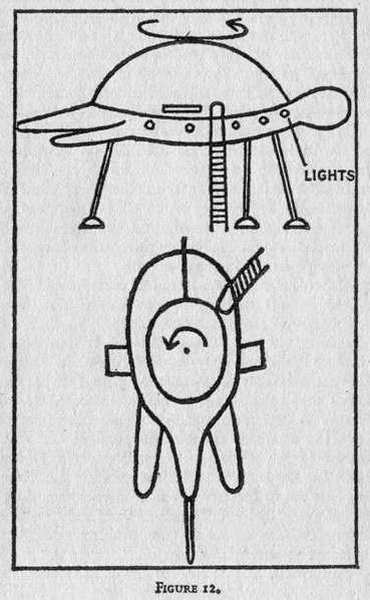 The following night, with his tractor, Antonio was plowing in solitude, shortly after midnight he saw again what he described as a red star in the sky. Although it still flew at about 90m high, it was close enough to allow him to see what it was: an unidentified oval shaped object, with a rotating dome on top and a red light placed in the front.

According to its history, this star began to approach its position, growing in size until it became recognizable as a flying boat, about twelve meters in diameter, which extended three legs and landed on the ground. Antonio, however, probably that day was not particularly in the mood, in panic, tried to leave the area aboard the tractor, but when the lights and the engine of the mysterious object went out, he had traveled only a short distance, so he decided to continue the escape on foot.

The attempt, however, turned out to be short since a humanoid about one and a half meters tall, wearing a gray suit and a helmet caught him making him fall to the ground. His eyes were small and blue, and instead of talking he made noises; soon after he was surrounded by three other beings who had joined the first and dragged him inside the vehicle. Antonio tried to free himself in every way but he did not succeed, despite this, he could not know a little later what would happen.

Once inside the boat, he said that he found himself in a room lit by strong lamps, the aliens removed his clothes (a recurring theme in most of these stories) and was covered from head to toe with a strange gel. He was then led into a large semicircular room, through a door that had strange red symbols written on it. Subsequently, the farmer claimed to have memorized these symbols and to be able to reproduce them.

In this room the beings took samples of his blood from the chin. The operation left a scar that investigators subsequently verified. After the forced removal, he was taken to a third room and left alone for about half an hour. During this period, some sort of gas was put into the room, which disgusted him so much that he started to vomit.

After about an hour, Antonio said he was joined by another humanoid in the room, this, however, was female, very attractive and completely naked. “Her body was the most beautiful I had ever seen in my life. She was slender and her breasts were straight and well spaced. His waist was narrow, flat stomach, well-developed hips, strong thighs. “

As Villas Boas later explained, “he looked at me as if he wanted to ask me something.” And obviously he did. She hugged him and rubbed his face and body over him. In these circumstances, it would have been completely understandable if Antonio had not been interested, in short, as a man who never dreamed of such a thing with an alien, but the truth is that he was excited by contact, plowing was his job, so he made himself take from the atmosphere, the farmer was already in fourth gear.

The alien was the same height as the other beings who had kidnapped him, the chin was small and pointed with large blue eyes similar to those of a feline. The hair of the human hunter was long and white (a bit like platinum blonde), but the hair in the armpits and those of the pubis were a bright red, which the reason to highlight those in the armpits, however, remains in doubt.

A few moments later, Antonio pressed the clutch and put on the fifth and the two had a sexual relationship. During the act, Boas noticed that the female did not kiss him, but slightly bit his chin. Antonio believed that the strange substance with which it was covered, was a kind of sexual stimulant (a sort of interstellar Viagra?).

Despite this, the relationship was consumed in a normal, exciting and pleasant way, the only thing that struck him was that the alien occasionally corresponded the pleasure with puzzling grunts. However, the capacity of the humanoid woman did not seem to have run out, while continuing to caress him, he tried to entice Villas Boas to a second mating, which went to port, even Antonio, still had barrel shots to shoot.

When everything was finished, the alien woman smiled at Boas, touched her belly and pointed up at the stars, Antonio at that moment thought that the aliens would take him to another planet, in fact for this reason in the past part of his life with the fear of being kidnapped again for an unknown destination. 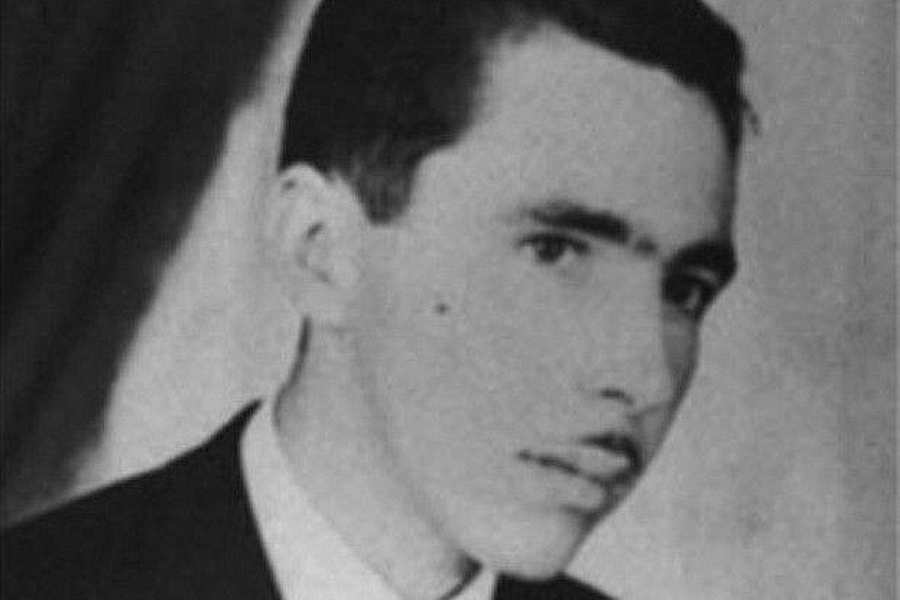 The interpretation of the scientists, on the other hand, sees the gesture as indicating that the unborn child would have been brought into space and lived up there somewhere. The female seemed satisfied that their task had been successfully completed, but Boas said he was severely irritated by the situation, as he felt as if he had been treated by the humanoids as a stud. After the last relationship, the woman became apparently frigid and moved away from him.

In an interview given twenty-one years later, Villas Boas added a detail to the report of the meeting, which he had not revealed until then. After the second mating, the woman had taken a semen sample from him which, according to him, would have been kept for later use.

Boas said that his clothes were then returned and carried around the ship by the humanoids. During this tour he said he attempted to appropriate a watch-like device as proof of his encounter, but was surprised by the beings that prevented him from taking it. He was then abruptly escorted outside by the ship which he watched as he took off again, shining and bright. When Boas returned home, he found that four hours had passed.

The incredible report, which could be interpreted – without a doubt – as a sexual fantasy of a boy, would not even have been considered by ufologists if Villas Boas had not undergone, following his experience, a medical examination.

Brazilian researcher Irene Granchi met Villas Boas’ wife, Marlena, and asked her how she felt about the possibility that her husband had extraterrestrial offspring. She replied that she didn’t care and that she was actually proud of the idea. 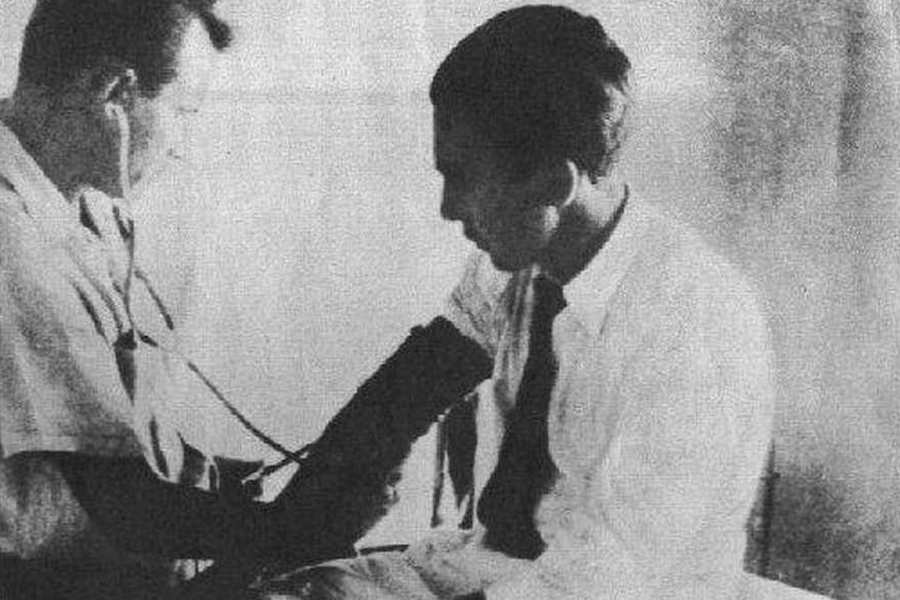 Following the alleged abduction event, Boas said he suffered nausea and weakness, as well as headaches and skin lesions that presented with light bruises of all kinds on various parts of the body. He later decided to contact the journalist Jose Martins, who posted an ad in a newspaper looking for people who had had experiences with UFOs.

After learning the story of Boas, Martins contacted Dr. Olavo Fontes of the National School of Medicine of Brazil; Fontes was also in contact with the American UFO research group APRO (Aerial Phenomena Research Organization). The doctor examined the farmer and concluded that Boas had been exposed to a strong dose of radiation and that he was suffering from a mild radiation disorder.

Boas managed to remember every detail of his alleged experience without the need for hypnotic regression. In addition, Boas’ experience in 1957 had occurred several years before the famous kidnapping of Barney and Betty Hill which made the concept of alien abduction famous and opened the door to many other similar experiences.