It is a hot summer that invests Russia in 1996 and the small village of Kaolinovy near Kystym is not spared from the heat.

Tamara Vasilievna Prosvirina is an elderly pensioner with mild psychiatric disorders who has the strange habit of decorating her house with flowers picked from the cemetery at night.
On the evening of August 13 Tamara is going as her usual habit to the cemetery, when she comes across something totally unexpected. While he is going through the woods he hears strange moans coming from behind a tree, he initially thinks of some animal lamentation, but as he approaches the source of the noise, he realizes that this was more like a cry of a child , and what he sees could not be absolutely true: at the foot of the tree there is what seems to be a child still alive but that has little child.
Tamara immediately turns him in his shawl and takes him home to his apartment.
He also gives him a name: Aleshenka and begins to treat him as if he were his son; the day after Tamara’s daughter-in-law who is called as the old woman goes to visit her mother-in-law, after the elderly mother-in-law had called her and said she had had a baby.
When Tamara Junior arrives home from her mother-in-law you can not believe what she sees: in the bedroom a creature is wrapped in a shawl lying in the bed and that she herself describes, later, as something not appertentive to this planet.
Aleshenka’s appearance was terribly disturbing: the skin was a grayish color, the head much larger than the rest of the body and the shape reminded that of an onion, the eyes were very large and almond and beneath them a small hole from which the circulation seemed to breathe.
However, what made the most impression was how the creature ate: no one ever saw his mouth move, it was as if he sucked the food from the hole he had; according to Tamara Junior, the creature did not eat: it literally consumed the food.

Starting from this point, the story is tinged with many facets so many different versions of the facts. 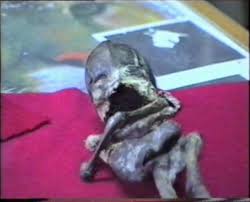 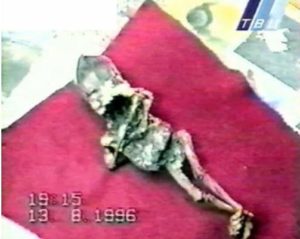 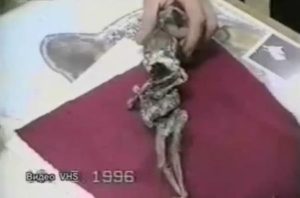 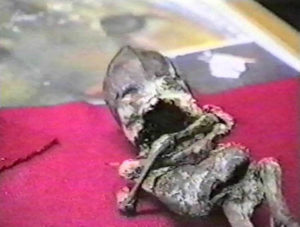 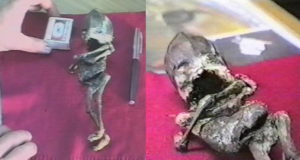