The sheet music of the devil

As you might think from the name it bears, the principality of Lucedio is not dedicated to God, but it seems that it is actually dedicated, according to legend, to the light bearer, to the first of the fallen angels, to Lucifer himself. 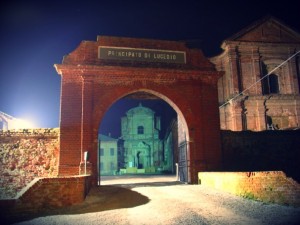 Principality of Lucedio entrance at night

The abbey was founded in the first quarter of the 12th century, presumably in 1123 by some Cistercian monks from the monastery of La Ferté in Chalon-sur-Saône in Burgundy, on land donated to them by the Marquis Ranieri I of Monferrato of the Aleramic dynasty.

1684, in the adjacent cemetery of Darola, during the night a demonic rite was carried out, a sabbath designed to bring back to the earth the dark forces, which were not slow in manifesting themselves, in fact that night not evoked any demon, but the prince of the darkness: Lucifer himself. 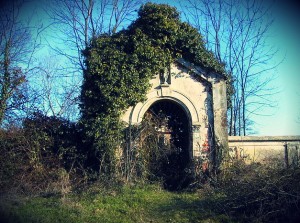 From that moment on, everything began to take a different turn in the village, the regular order of things was subverted, the young novices of the convent seduced the monks, making them fall into temptation and total lust. In the chapter house of the abbey, scenes of moral turpitude took place, satanic masses and human sacrifices were also performed, thus impregnating those walls with pure evil. From here, in fact, stems the legend of the column that weeps for the obscenity and ferocity of those acts committed in the house of God. 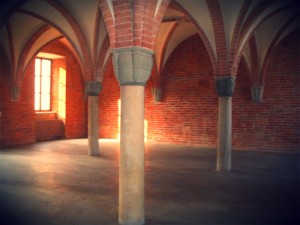 Chapter room and Column that weeps

He succeeded in his aim after several attempts thanks, in addition to the classical Latin rite, to the use of music composed specifically to trap and confine the demon previously evoked in a specific place, as described in the book “Clavis Salomonis”. So Lucifer was locked up and sealed in the crypt of the monastery and to guard the seals the friar left the bodies of four deceased monks during the exorcism. 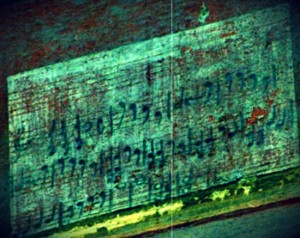 Since then, there have been many people who have searched in vain for the sheet music used by the friar to confine Lucifer inside the abbey, because according to legend, whoever played it backwards reciting the liberation formula, could bring the spirit of the demon back to freedom. Until in 1999 Luigi Bavagnoli, founder and president of the Teses group, found by chance in the Sanctuary dedicated to the Madonna delle Vigne (a short distance from the abbey), just above the entrance door, the painting of a pipe organ, showing a pentagram with a simple tablature and, a little further down, there were two Fairs, which bore the Papal seal between their claws. 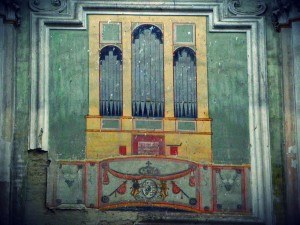 Painting of the organ in Santa Maria delle Vigne

Could this be the famous and legendary Devil’s sheet music? No one can know exactly, but from the studies carried out on the sheet music by a famous musicologist, Dr. Paola Briccarello, through a system of replacing notes with letters, similar to a cipher, three words were discovered: GOD, FAITH, ABBEY . Briccarello added that the first three notes were normally used to end a liturgical melody, not to start it, deducing that the tablature could be performed in reverse without difficulty, just as on the contrary it had been painted on the painting.